“Didn’t have an Indian Jersey to run in, as I wasn’t provided with one”, says national record holder Siddhanth Thingalaya.

It was 2010 in Hanoi, Vietnam when a young hurdler broke into the Indian books of record holders with a junior national record of 13.96 seconds in 110 metres hurdles that Siddhanth Thingalaya came into the forefront. Since then, he has continued to dominate in the discipline by breaking his own record year on year.

Currently holding the national record in 110m hurdles with a time of 13.48 seconds, Siddhanth still has a long way to go until Tokyo 2020. If things do work in his stride, he will be the only Indian hurdler in this discipline to participate in Olympics in 56 years.

Ahead of Word Championship next year and his preparations for Olympics, FistoSports got in touch with Siddhanth to talk about his career that he so gracefully dominates in the Indian scene.

2018 started on a high for you but as it came to a close, it saw you skip one of the biggest Asian sporting events- Asian Games 2018. How do you sum up the season?

I represented India at the World Indoor Championship in 2018 and in fact have been the only Indian athlete to have done so far in the history of India’s hurdling events, so the year did start well. However, I was a little disappointed with how federation managed the entire process. I got the confirmation for participation from my federation at the last minute and thereafter all the arrangements from the visa to arrangement of tickets were solely my responsibility.

It was a long flight from USA to UK and I reached just one day prior to the meet, my coach was not provided with an accreditation card and I had to manage everything on my own, luckily I had my old Asian games Indian jersey that I carried with me or else I had no Indian jersey to run in as I wasn’t provided with one, and also it was snowing heavily had to acclimatize to the same.

The next day I ran my race amidst all these hassles, I was disturbed mentally physically and financially. After that I flew down to India for the selection trials and ran the very next day. I was exhausted and had also requested the federation to keep the hurdles on the last day which they did and then changed it again on to the 3rd day making it hard for me. I happen to run an average time of 13.75 seconds and didn’t qualify. During the Asian games trials I made a lot of errors during my final race as I didn’t have a clean race as I hit a lot of hurdles which slowed down my pace. I was very close to the qualifying mark but then didn’t get considered for a re-trials and eventually couldn’t run the Asian games.

How do you plan to prep for Tokyo 2020? You do know that if you make it to Olympics, you will be the first in 56 years to do so? Do you feel any sort of pressure?

Preparations have already begun, there are a lot of aspects I am working on this year to have an error less race, 2019 will have the World championships which will happen in Qatar. My aim is to improvise my time further and have a consistent race this season. Also, to achieve an early qualifying time for the Olympics so that I can start my preparations for it. I don’t like taking pressures whether I am going to the Olympics after 56 years or 1 year, my vision is to be a contender and make my presence felt in the hurdling community. 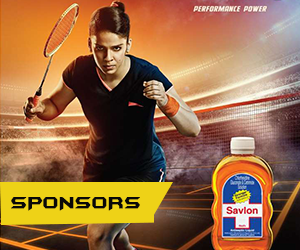 INTERVIEW| Siddhanth Thingalaya: “Hurdles are part of life and you have to master the...